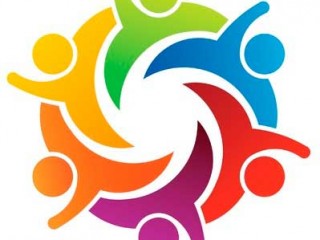 mhtconsult  is in the period 2014-2016 manager of the transnational development- and exchange program “An equal place in society”, aiming at sharing, collecting and further develop good practice methods and tools for empowering and training mentally vulnerable citizens across European organization. The project involves a local partnership of collaborative companies and organisations and is funded by the EU Erasmus + Mobility Program, giving us the opportunity to visit a number of European organisations, working in the field of innovative and effective training methods for vulnerable groups.

mhtconsult is until fall 2016 partner in the EU project “Stronger Children – Less Violence” Together with partners from Germany, Czech Republic, Poland, Spain and the UK we are developing and testing pedagogical-didactic methods and tools to strengthen inclusive communities among children aged 4-10 years. The project is conducted as part of EU´s  Erasmus+ program and the outputs for dissemination will a.o. be an educational material collection, a teacher´s handbook, a train-the-trainer program for teachers and educators as well as workshops for stakeholders related to inclusion and intercultural understanding on a preschool and primary school level.  Read more

mhtconsult conducts in collaboration with Als Research a mapping of legal cases referring to discrimination in relation to ethnicity and disability. The mapping and analysis is ordered by the National Board of Social Appeals, the Unit for Antidiscrimination and will focus both on cases from jurisdictions and cases from the Danish Board of Equal Treatment in the period 2009-2014.

Campaign on antidiscrimination and equal citizenship

mhtconsult is in 2014-2015 conducting the nationwide campaign “Local Equality” in collaboration with the Association New Danes and the organization Connecting Minds. The campaign aims at highlighting local challenges, practices and prospective actions as for fighting discrimination and promote equality and active citizenship in municipalities and local communities by involving municipal entities, stakeholders and associations, companies and NGO´s etc. in a joint development of ideas and changing processes. The campaign is implemented for the Danish Ministry of  Children, Gender Equality, Integration and Social Affairs in the period 2014 to the end of 2015.

Moving from the Margins of Society in EU

>mhtconsult evaluates EU Grundtvig project “Moving from the Margins of Society” until the end of 2015. The project aims at promoting intercultural competence and communication within public authorities and other acteurs in citizen-oriented service functions. The project is conducted by partners from the UK, Germany, Greece, Turkey, Norway and Denmark, and the partners will a.o. educate a special corps of intercultural ambassadors with a background in migran and ethnic minority communities. The intercultural ambassadors are going to be intercultural advisors for professionals with the service sector. Read more: www.movingfrommargins.eu

mhtconsult recently completed an evaluation of the project “People of the Sun”, an anti-discrimination effort based on theater methods and implemented by C:ntact at the Betty Nansen Theatre. “People of the Sun” was targeted a high number of young people from primary schools all over the country. They all participated in a role playing game, giving them the opportunity to discuss and explore discriminatory behavior on their own body. The role play and theater form has been supplemented by learning materials and a special school curriculum focusing on discrimination and equal treatment.

mhtconsult conducts in spring of 2015 a data collection and literature review in order to map living and working conditions among female immigrants and descendants of non-western origin. The mapping is commissioned by the Confederation of Neighbourhood Mothers, and it focuses on issues such as population growth, labor, education, language, public assistance, family patterns a.o.

mhtconsult conducts a long-term process evaluation of the project “Business Guides” in the period 2011-2015 for the Centre for Social Responsibility, the Obel Family Foundation a.o. “Business guides” is a mentorship project, engaging a nationawide, voluntary corps of adults from business and working life in the guidance of vulnerable children and youth in primary and secondary school with a special need for trustworthy adult relationships. The aim is to prevent dropout and strengthen motivation for school and further education. So far, about 650 children and young people from across the country have been matched with a professional guide. Read more