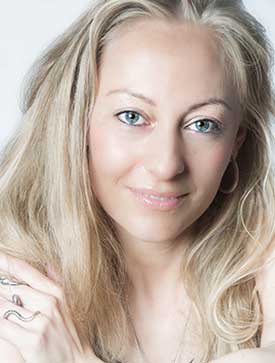 As both active performer and theater theoretician specialized in participatory, collaborative and interactive theater methods, performance techniques and performative communication. Has for the last 10 years been working in the intersection between performing arts, including film-, workshops-, festival- and event planning, and consultant assignments focused on integration and inclusion within the field of citizenship.

Besides working as a performer, has worked previously as dramaturg, director- and producer assistant production manager and -coordinator, film-teambuilder, project developer and -leader. The latter in relation to documentary films, the annual film events Scandinavian VideoMarathon and VideoMarathon at the Roskilde Festival as well as on teambuilding events especially targeted at the professional business community.

Has worked as a teacher, development and knowledge employee at The Danish National School of Performing Arts – Odsherred Theatre School especially within in the area of postgraduate, artistic further education programs at diploma- and master level. In addition, has worked with project management on the theater school’s EU projects and international collaborations, plus with national and international desk research.

Has, in the sociological field, experience as junior consultant in mhtconsult inter alia as project manager in the former Integrations Centre “the Rose”, especially with responsibility for the center’s youth activities for ethnic minority children and adolescents between the age of 7-19 years in respectively a homework-café and a club for young women with minority background. Due to this work, has experience with establishing local interdisciplinary collaborations with schools, youth institutions, culture centers etc. in Elsinore.

Examples of current and previous employment:

Current:
• Actress at 1. th. on the performance THE DREAMERS (Drømmerne) based on Karen Blixen texts.
• Performer in the theatre- and performance troupe Rostra, which, among others, has played at the theatre Teatret ved Sorte Hest, at the Theatre Island (Teaterøen) during the theatre festival CPH Stage and has collaborated with DR on an upcoming TV program (spring 2016).